It really is true, when one has a ‘green thumb’ no matter what, it’ll find its way to the soil.
Mr. Sarvesh has travelled across the globe with his kites, over the years, the skin of his thumb might have worn off flying the beautiful kites but the green thumb hasn’t budged. The greece and oil from the motor winding work, through which he has earned his living for nearly 3 decades, might have formed a new coat on his magic hands,yet the green thumb hasn’t lost its touch!
It started as a hobby when he grafted flowering plants like Hibiscus, Rose to have different coloured beautiful flowers in a single plant, given the tenderness of his green thumb, this had to be a success.
‘Chiguru Nursery’ a venture he started in 2014, is now well-versed in grafts of Mango, Jackfruit and Guava plants.
King Midas’ touch could have been a fictional story but Sarvesh’s green thumb has a real fanbase.
The natural green thumb combined with care, the saplings from Chiguru Nursery have made its way into many homes, which in years to come would give rise to tasty fruits worth much more than any kind of gold! Afterall, the best part of any season has to be the seasonal fruits! 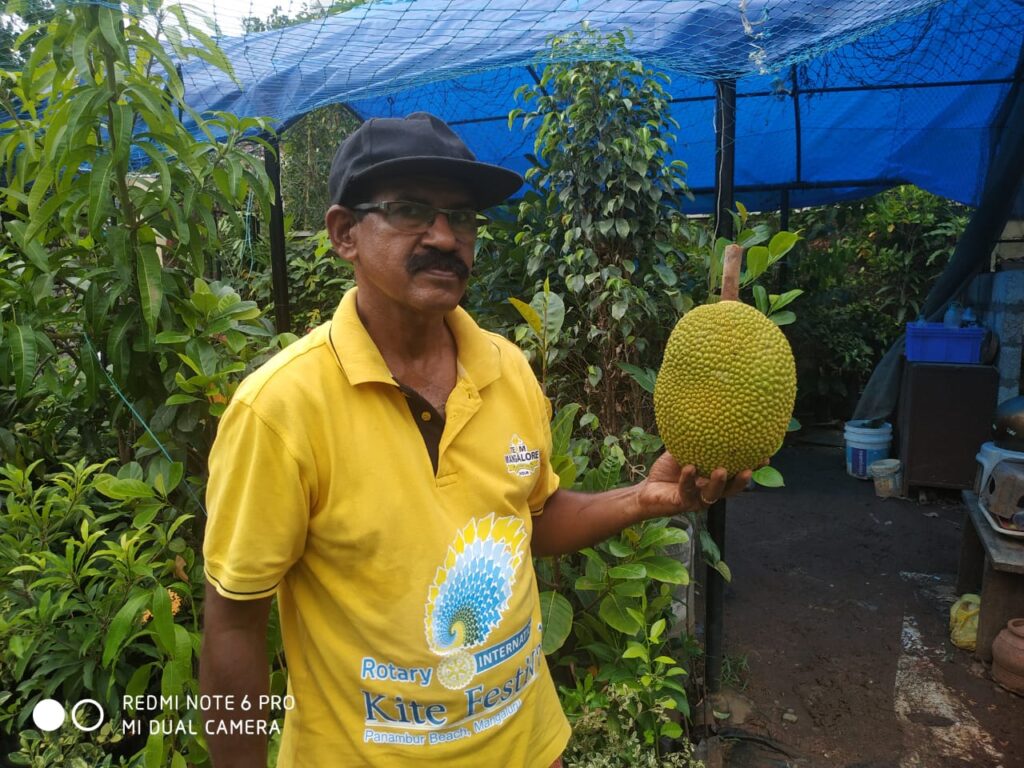